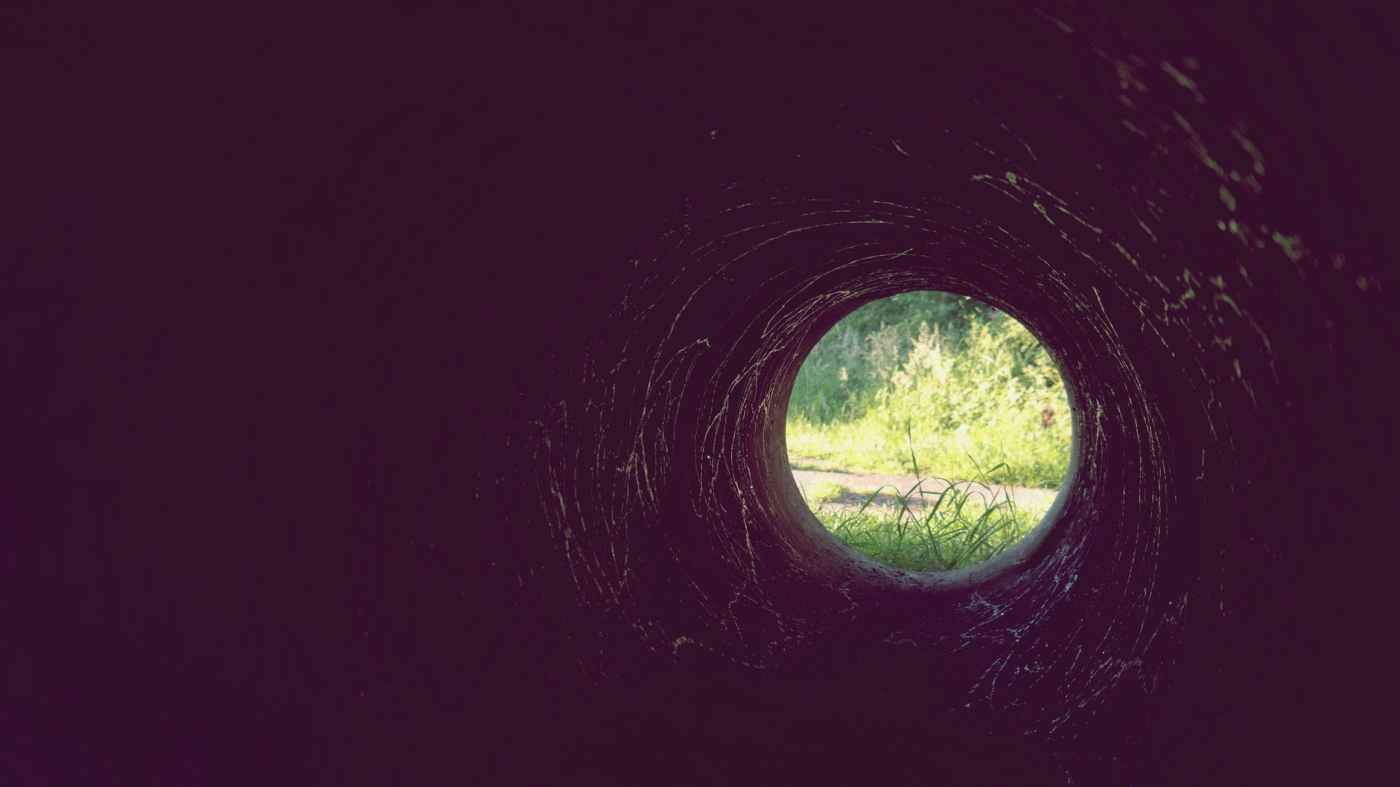 Hello Everyone. Welcome to my forty-year-old autistic brain. Okay, maybe that is a stretch. I may or may not be on the autistic spectrum. Two of my children have been classified as being on the autistic spectrum. I’ve definitely got some adult ADD going on, and it’s highly probable I am on there. My husband thinks so and he knows me the most. I’m okay with it. In a way, it makes me feel less isolated from my two children. I certainly have not allowed it to hinder my writing.

One of my greatest challenges with this  has been staying on topic and not going down multiple rabbit holes. It’s a problem sometimes. So I just want to give a shout out to any of my readers who have gone down these rabbit holes with me. God bless you. I also want to say sometimes I feel this has helped me as a writer. I get bored easily. When I read the writing of others I need constant stimulation and sensory detail. I think this has helped me some with my own writing.

Okay Rabbit hole number one- I just want to get it off my chest, because my mind is going a mile a minute and lately I feel that my senses have been overstimulated. Let’s take a peak into my autistic mind for a moment. This may be a little off the wall but here is a glimpse into what Jim Morrison would call “a fragile eggshell mind.” This is me unfiltered.

Okay, I have the strangest inclination to make a meatloaf that looks like a hedgehog. I also found a recipe that only requires four ingredients to make a beer bread. Seriously, my husband thinks that I should use a good ale from the liquor store, a pumpkin ale or something, but part of me just wants to use a Budweiser from the fridge to see what happens.

Rabbit Hole number two-I was shaken awake last week by a 3.2 magnitude earthquake. So I woke up to this “BOOM” sound. It was like there was thunder outside, but then I groggily opened up my eyes and felt the room shift. It was like I had chugged tequila really fast or something but I was stone cold sober. It felt like something jolted the house and the room went skiwampus for a minute. Then everything just shifted back into place but I could still hear a slight rattling sound from the ceramic pots on my dresser. I also felt a little sick to my stomach, like I’d just gotten off a ride.

I try to avoid talking to my husband in the night since he gets up so early. I didn’t even know if he’d think I’d been taking crazy pills. I said, “Shane! I think we just had an earthquake!” Little did I know, it had jolted him awake too, and he said, “Do ya think?” The cat came in meowing up a storm, and my husband was like, “Yeah…that just wasn’t right.” Bluffdale is our closest neighbor and they had a few earthquakes while we were in Vegas.

The proof was all there. I reached for my I-pad and sure enough, social media was blowing up from my neighbors, “Did you feel that?” “I felt that,” and “I’m getting so tired of these.” Okay this is the news report. “Bluffdale, Utah has had 139 earthquakes since Feb. 13th according to University of Utah Seismograph stations. ” The one I felt happened at 2:31  AM. Yes, I’ve always known that I live along the Wasatch fault and have been told many times that we are overdue for “The Big One.” It’s a little unnerving going to sleep at night, but usually I’m so tired I just do it anyway.

You tell this story to a Californian, and they would be like, “Bah! We get those all the time.” I am also not foreign to earthquakes, because my daughter was in Nepal when they were hit with a 7.3 magnitude. My daughter was standing outside the US embassy at the time. It was a little unnerving as she would face time me from her hotel in Kathmandu that had a crack in the ceiling. She’d tell me about the aftershocks and the drills to go outside. Either way, the earthquakes have created a lot of hullaballoo around here. People are restocking water, schools are jumping up their drills. My husband filled two more drums with water.

I’m just over here thinking about beer bread, vegan cheese, and hedgehog meatloaf. Okay, Rabbit hole number three-What’s up with Bluffdale? Since the earthquakes, a cougar was spotted nonchalantly just walking across a field at an elementary school playground in town. Nothing to see here folks. This Elementary school is not far from my daughter’s school in Bluffdale. It would be ludicrous to say that the earthquakes are rousing up the cats, but I’ll tell ya, my cat has been acting strange.

Rabbit Hole Number Four-I went into a SUPER FUNK after Michael Cohen’s testimony. I know I’m treading on eggshells now. Were there any surprises? Wait a minute…Cohen stated Donald Trump is a cheat and a liar, and a racist? Hasn’t Politi-fact already covered this? Okay,  the timing was so unnerving. All this happening while Trump was negotiating peace and nuclear arsenal with a world dictator? My thoughts…Okay this was bad timing.

For one-critics could say this was the Democrats undermining Donald Trump’s efforts with his summit and North Korea.

or two- If there was collusion with Russia, what the H were we thinking having him over there in the midst of possible incrimination? Assessing security threats just seems so obscure right now. I’m just going to stop there, but really it comes down to this for me: “What the H is happening in my country right now?”

In a nutshell, certain aspects of the entire thing may have stuck out differently for everyone. There was definitely a difference of questioning, tone of voice,  and accusations by both parties. Elijah Cummings closing remarks struck me. Michael Cohen provided a chilling cautionary tale that could make for a plot line in any work of fiction or non-fiction. The statement that chilled me to the bone was, “I fear that if he loses the Presidential Election in 2020 there will never be a peaceful transition of power.”

Okay, I will stop there with National News. Things are disheartening on the local level as well. Here in Utah, a bill was passed that would regulate into law that cities could not ban the use of plastic bags or containers. In the meantime, there’s controversy about bringing in depleted Uranium and a polluting inland port.  Utah has voted yes on three propositions: Medical marijuana, medicaid expansion, and anti-gerrymandering. All of the above have been revised and rehashed in ways that have created opposition and scrutiny for our legislative leaders going against “the vote of the people.”

I just finished a Wellness class and a question had been asked in one of our discussions, How do you rate your environment? We did a whole unit on how one’s environment can impact wellness. I also did a presentation on how the absence of perceived justice or “not having a voice” can impact wellness. Okay, friends. I know many of you are in the same boat-my honest answer is that this week has taken a toll on me.

I want to feel uplifted and inspired, and all I have right now is I’m going to buy some fresh flowers so that I can feel like spring is coming. I’m also going to contemplate my grocery list. This is absolutely a distraction technique. What will it be, hedge hodge meatloaf, or a vegan grilled cheese sandwich on beer bread using Budweiser or pumpkin ale? Sometimes a distraction technique can be a useful tool. Baking and cooking are what I do best in moments of uncertainty and strife.

Ah…the news, these little earthquakes, and the strange behavior of cats. These have been the thoughts occupying my possible autistic brain. Thanks to anyone for going down these rabbit holes with me. On March 5, my daughter is having neurosurgery for her middle ear. I’m reaching for THE CALM. I believe we have got this:)

Thank you for reading. In the meantime rest assured that at my house plenty of baking and cooking will be going on. I’ll let you know how the beer bread and the surgery turn out:) Fingers crossed people. As my hippie cousin used to say, “It’s all good.” My aunt who was a beacon of strength and faith restated this catch phrase at his funeral, “It really is all good.” I wish I had that kind of faith. I’m working on it.

One thought on “Rabbit Holes and Distraction Techniques”