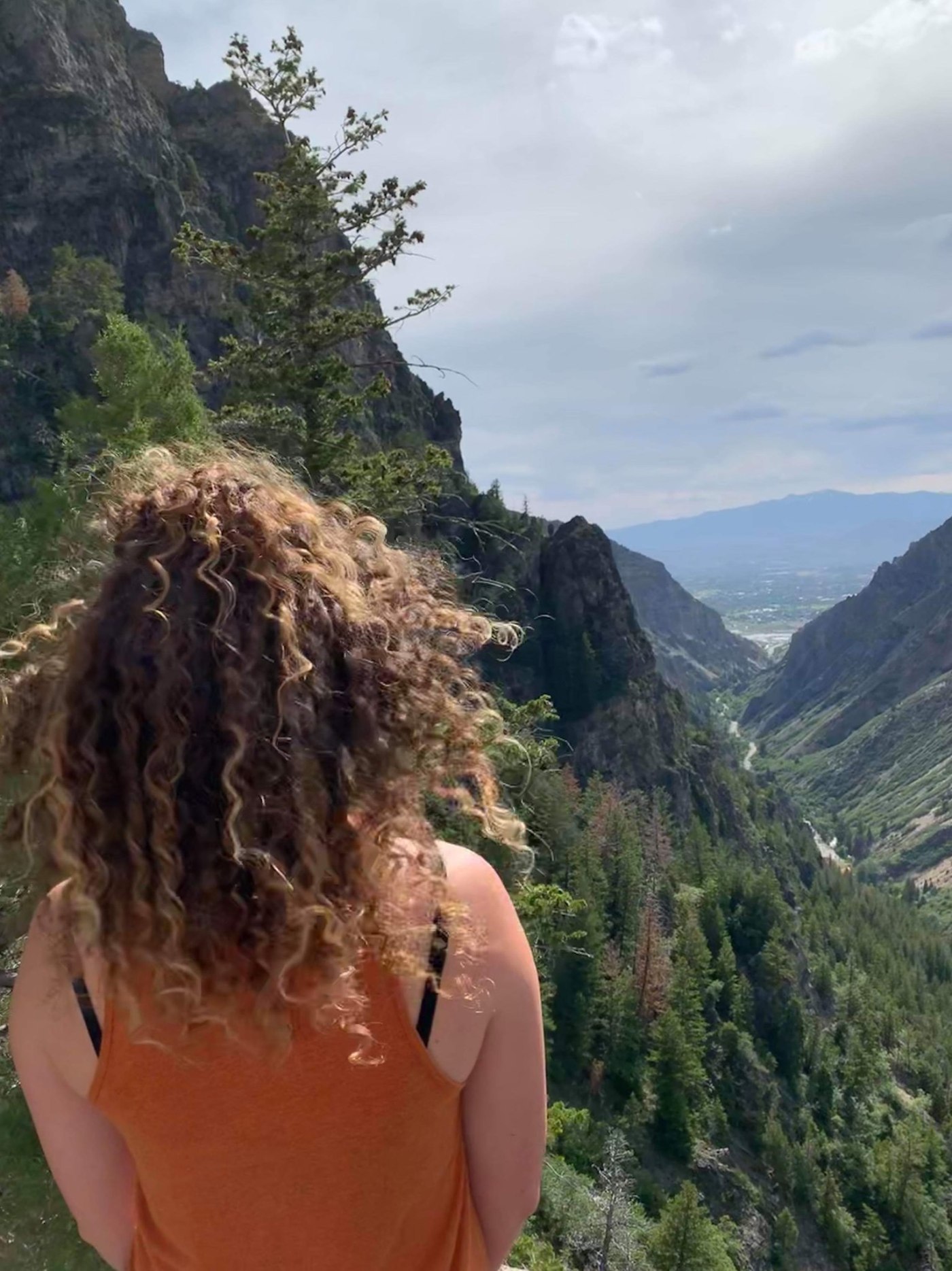 Hey ya’ll. Welcome to my late night musings. Let me start by saying that today was a day of goodbyes. First of all I was woken up at five AM by a daughter who snuck into my room with a whispered “MOM…?” I knew what that meant. It was time to roll out and give my daughter a goodbye hug before she hauled her luggage off. Hugging my daughter felt like hugging a willow and I’ll never forget the ping of her curls touching the side of my face. It was an awkward hug but a necessary one. It was the kind of hug that you hope expresses the things that were left unsaid. 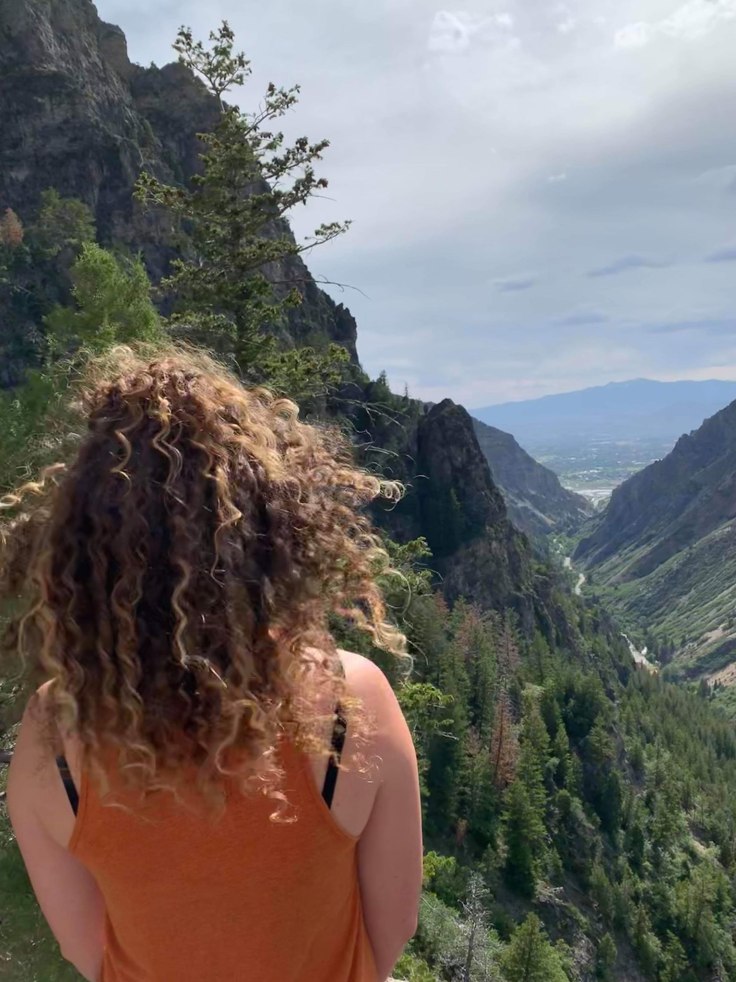 A while ago I received a text from my son saying, “we landed.” This is the first time my two youngest children have ever flown unaccompanied. I was new to the process and feeling a little unhinged. The whole thing went off without a hitch and for that I am grateful.

Now, I am just waiting to hear that two other planes have landed. Again, my thoughts are with my daughter who is experiencing her husband’s first prolonged deployment, and with my son-in-law who is being deployed. He makes it so easy to embrace him as a welcome addition to the family.

I can’t help but wonder where their thoughts are this evening as they are sitting in their cramped rows on their flights with the overhead lights while flying over a vast sea teeming with marine life. Beneath the airplane’s jet stream I imagine there is a vast silence that can not be heard.

I contemplate that silence, or how my insides feel like a hollowed out chocolate Easter bunny. I missed my son’s “goodnight you guys…LOVE YOU.” My husband’s response is always something along the line of “I Love you too man.” This has always been my son’s night time ritual as if we were the Waltons and we had to shout out goodnight tidings from our separate sleeping quarters.

I miss my daughter trying to live her nocturnal life sketching in her bedroom, as if I didn’t really know that she had no intention of going to sleep anytime soon. I feel so far removed from my older girls’ childhoods, I can hardly remember what our bedtime rituals used to be like. It feels like ages ago, and this week I thought of all the curly haired pictures of my younger girls, and how my heart weeps for them. How I would love to just sweep them in my arms and never take their childhood for granted and to be absolutely adamant about protecting them from life’s complexities.

I’ve had some time to do a “life review” as I hiked with my daughter and she asked me questions about our past. Awhile ago, I thought that her father and I had arrived at a good place as we barbecued together and laughed by fire light. I thought, ” it feels SO good to finally be at this place doesn’t it? ” I’m realizing now that was just a glimpse of a moment. We are all still the same people on the inside. We all still carry our hangups and baggage and old wounds.

One negative aspect of the “life review” is that it leaves you wanting  the do-over, but it’s impossible. There are no do-overs. That’s where one of my favorite quotes about forgiveness comes in. “Forgiveness is giving up all hope for a better past.” Some guy I briefly dated had shared this quote  from a wilderness program he worked for. He was generally “out in the field” for weeks at at a time taking troubled teens into the desert with exotic pack animals. He had a dimple on his face that emitted ninety percent of his mojo. Without it, I don’t think he would have had any powers over women.

That quote about forgiveness was the best thing I got out of the deal. I did have a certain attachment to his dog who was named after the revolutionary Che Che. I was sad to hear that his dog disappeared one night after wandering off into the sage brush. The theory was that maybe the dog had encountered coyotes or a mountain lion. It is not comforting to think about. I hope not.

It’s so weird to think that I lived a life once near the sagebrush and junipers where there were antelope, deer, elk, and coyotes. I even saw a rattlesnake once. These thoughts give me peace when I contemplate more turbulent times. It’s not everyday now that I can drive by eagles sitting on fence posts or come across wild asparagus while walking down the road. Sometimes I used to even catch an occasional glimpse of a crane on the Sevier river.

On Wednesday, my husband is taking me down to Bears Ears so we can look for bucks in bear Country. I’m a little petrified. We are roughing it, hiking around the hills, cooking outside, and tenting it. I’ve seen the size of the paws on the bears out there. I’ve been told it’s not a matter of if I see a bear but when I will see a bear. I don’t know if it will be from the truck, on foot, or on the back of a four wheeler, but my chances of seeing a bear are quite great.

This will be part of my “three weeks without my children where I can just do me for awhile.” I honestly can’t say how this bear trip is going to work out. I only know that my husband must believe that I’m a lot hardier than I feel. I wish I believed it too.

This last weekend, my children and I did a hike to Timpanogos cave while my daughter and her husband were visiting the mainland. It was a short hike, but a steep one and HOT. I used to skip up and down that same trail in my teen years.

I felt like I was getting over heated on the trail and put cool rocks from the shade on my cheeks and forehead once we arrived at the top.  I’d been running a fever and had the chills the night before. There wasn’t a water source at our arrived destination which didn’t help my situation any.  The caves that once seemed so dank, damp, and cold were a welcome respite from the heat and the views were incredible. 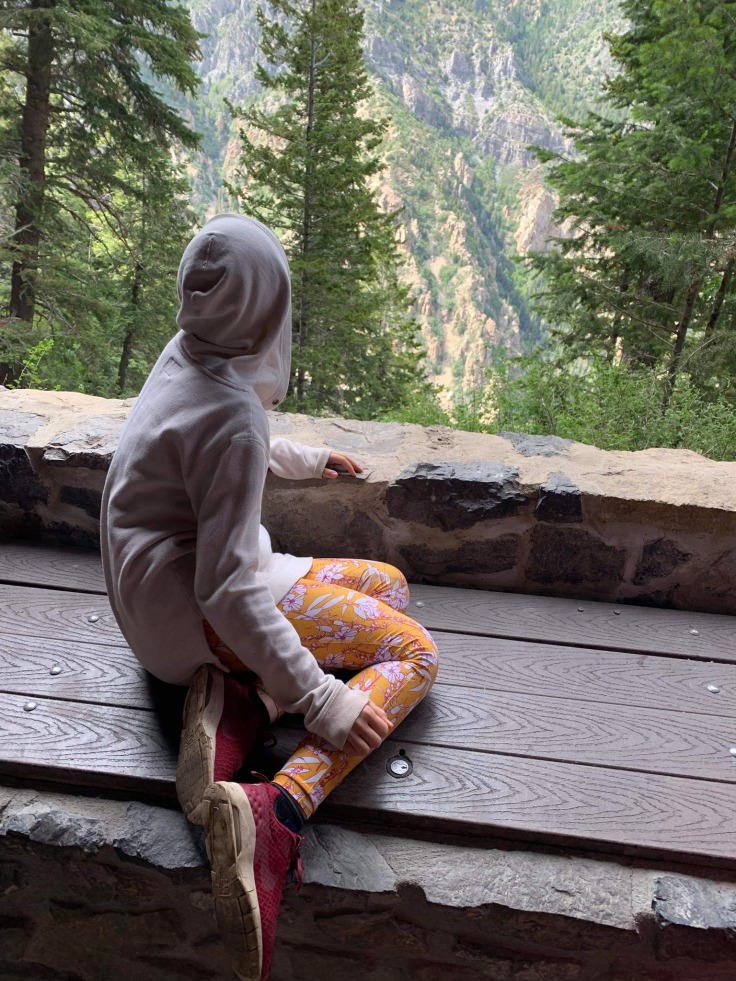 Timpanogos cave was always practically in my back yard, and how might I ask did I manage to just one day forget all about them?  I had not been to them in years. I took them for granted. That’s what happened. I’ve taken so much of nature for granted. It’s all here. It’s all right here. I MUST remember that and not wait another ten plus years to hike Timpanogas again.

So, this leaves me with a thought for a reader to ponder. Is there some place that is practically in your back yard that you may have taken for granted and thought, “it’s all right here. I can do it any time” and  yet, have not? I can testify that kind of thinking kept me from something cherished and grand and I was so gloriously giddy reacquainting myself.

So, I am off to the outlands tomorrow but have a little bit of news. My daughter’s hearing is fine. My prayers have been answered in the most non-conventional way . That time of anxiety and fear over potential hearing loss appears to be behind me now. There are new stresses of a different kind with certain cognitions that must be  worked out, but we will keep treading water.

I was also approached by someone to write an article for the Salt Lake Tribune about  how the mining industry had impacted my family. I don’t know what will come of it, but it was my first writing  offer since obtaining my degree and that is something.

The Salt Lake Tribune has got some publicity lately because they are known by outsiders for being a “Utah conservative newspaper” yet they are backing Ocasio-Cortez’s statement on the conditions of the migrant camps at the border.

Someone I love dearly was brought across the border with their mother who sought asylum in the United States. I hear these stories of children who are separated from their parents or the conditions of these camps and it hits me to the core. If you are reading from across the pond please know that so many Americans are appalled by this. There has got to be some type of mobilization soon. There just has to be.

I am also on pins and needles over this business with Iran. New developments with the Senate and military have just made my heart sink. I fear that America is setting the stage for war, as if it is already being planned and that this goes way beyond the hypothetical.  I am not alone in my thinking. This business of Trump crossing the line into North Korea or his upcoming military parade appear to be just another dog and pony show to provide smoke and mirrors for other things that are happening.

Please pray for this country. I have children invested in this country with their lives. These are troubling times.

Anyway, I am off to the woods to immerse myself in nature on a new level that goes beyond my comfort zone. I must love this planet while I have her. I could not help but think of all the millennia that transpired with Timpanogos cave, and I pondered the cave’s existence through an uncertain future.

The evolution of the caves have gone on before without me and will continue to evolve beyond my existence. There is comfort in caves. The slow drip of formations in the works that are beyond spectacular which are not in any  hurry to reveal their absolute splendor in one lifetime seems quite sublime. The cave is like the universe. The universe is like me. This is but one drip in time that is part of a vast mystery that I may never fully comprehend. I have to keep reminding myself of this.

2 thoughts on “The Comfort of Caves”