Hello my Word Press blogging Peeps. I like the sound of that because I am seeing Peeps in the grocery store right now right next to the Cadbury Eggs. This is a clear cut sign that spring is on the horizon. I also want to give a shout out to my daughter Mandaline, and my son-in-law Josh who read my blog which I find to be so adorable. Now, Peeps are adorable too although in my opinion, not the most edible. It’s not like I could have a Peep right now anyway, but damn I’d like to bite into a Cadbury Egg!

Now, here is the scoop. I am ten days into a Whole 30. I have never done any kind of on-trend diet in my life. My idea of being on a diet over the last few years has been fasting before a minor hospital procedure, or being told to eat soft foods for a few days after oral surgery. According to my upbringing we have a “fast” Sunday, which is the first Sunday of the month, and I’ve been contacted about participating in a few fasts for various reasons. I’m foreign to lent. I’ve known some people who give up a food item for a year “just because” or whatever, but I’ve never been one of those people.

So, I am not here to really sell anyone on the Whole 30 and I’m not really cool enough to be sponsored. I guess my draw into the Whole 30 diet was because the diet itself is not weight loss oriented. It’s basically about setting up a template for healthy eating habits, rethinking food choices, and figuring out your food triggers especially if you have a history of intolerances, headaches, inflammation, GI upset, and things of that nature.

Without getting into it too heavily I have given up grains, sugar, alcohol, dairy, lentils, peanuts and soy for about ten days now. I have twenty more days to go.  Extra virgin olive oil, avocado oil, and ghee have become my friends. I drink my coffee black now.

My biggest staples have been potatoes, eggs, avocados, almond butter, and shamelessly from time to time, Lara Bars (not too bad and listed ingredients are within the bounds of Whole 30 approved items). I am a child of the 70s and god bless our parents who did not have the pediatric recommendations that mothers are given today where foods are introduced slowly over weeks to figure out possible food intolerances. I was given goat’s milk on occasion and may have had my pacifier dipped in honey before the age of two.

This is why I chose the Whole 30 perhaps. It has been a way to eliminate all possible food triggers, reset, and introduce them back into my life slowly.  I’ve also been told by specialists in the past to try and eliminate gluten and dairy for 4 weeks to see what happens. However, I was not ultimately proactive in that department. So, here I am being proactive and what I thought would be very limiting, has actually felt very liberating. There is something to be said about releasing yourself from unhealthy slackery and finally taking the wheel for healths’ sakes!

Now, rebellion is in my nature and that is a fact. There is this thing called SWPO in the Whole 30 which stands for Sex with your Pants on (leave it to me to choose a diet with sexual undertones).  Don’t look at me, I didn’t come up with the term. What this means is that Whole 30 approved items that mimic those things that are not on the list are supposed to be off limits.

If I am eating Lara Bars in place of what would be a candy bar that is considered SWPO. If I am eating a pancake with whole 30 improved ingredients, this it is still considered a pancake. Mentally, my mind is still clinging to old food habits: Food imposters disguised as former vices.

Okay, so I have really not been doing so well in that department and I admit I actually spent a great deal of time the other day going to various stores, and googling various recipes to try and figure out ways that “I can cheat my Whole 30.” Let me tell you, there are plenty of others like me out there. We should all start our own secret society.

First of all, Cherry Pie and Lemon Lara Bars are pretty good. They almost taste like a real lemon bar. Now, I started this diet with my husband who was all gun-ho about starting this diet immediately. He is pre-diabetic so limiting his carbs would be a great teaching moment for him but I knew it would not last because he only likes about three vegetables and has a serious bread addiction and it frustrates the hell out of me. I wanted to start the diet after Valentines Day, but for him I started early.

Well…this is what happened by husband lasted a few days. He went out of town and I knew he had bombed because he was avoiding me. I spent Valentine’s Day at home with my kids with jars of conversation hearts, and wrapped Dove chocolates. I LOVE conversation hearts. That chalky goodness just speaks to me-literally. 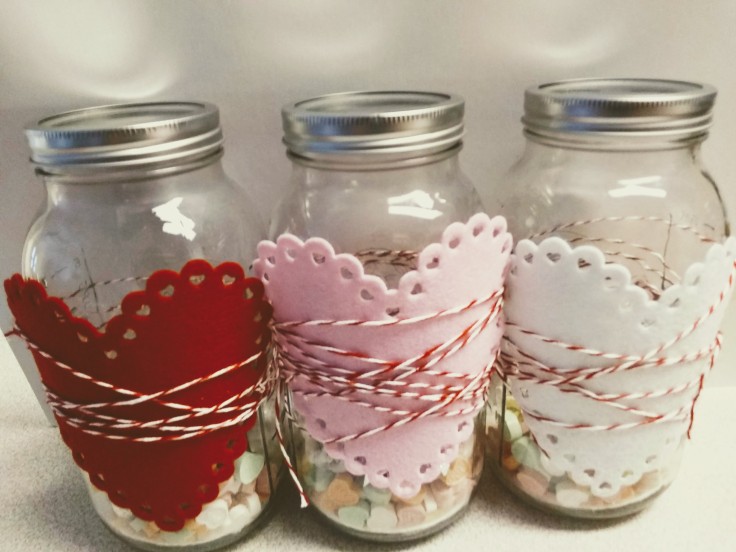 I made a Valentine’s cake with BUTTER CREAM frosting and could not eat any of it. I could not even taste it. I have had to cook for my family going by smell only, and my children are my taste testers. It was agonizing, and then my daughter brought home Krispy Kreme Donuts!

I had to take matters into my own hands. I was either going to BOMB my Whole 30 or I was going to have a Cherry Pie Lara bar. I went for the Cherry Pie Lara bar and I have had quite a few of them since. I eat them in bites and shove them back in my closet-right next to the dark chocolate pistachio bars that I will be using as a reward for when this Whole 30 is over.

So SWPO has become like my fire extinguisher. “Break open in case of emergency.” It’s mental really. I know how to make Whole 30 approved 3 ingredient Brownies, I know where I can get plant based tortillas, I know that I can have Cassava chips or Almond Flour crackers. Have I done this yet? No. But it is kind of like having a Xanax in your pocket when you are on an airplane. I might not do it but my anxiety is decreased alone just knowing that it’s there.

I am not going to beat myself up over this. If I have to use any of this information to get through the next 20 days I will. My purpose for this diet wasn’t the “mental check” on my food habits, but about eliminating and trouble shooting possible food triggers. I will still achieve that if I slip into SWPO. Personally I feel like this is an elastic clause to keep people compliant without going off the rails.

I was going to do a play by play with bullet points of the first ten days of this diet but swore I would spare my readership the agony. There is a time line of what most people feel on the Whole 30 and what they will likely experience. Personally, I can’t wait for “tiger’s blood” to kick in. The time line is fairly accurate but I feel my “bloaty phase” was off by a few days. I’m still waiting for that boundless energy that i’m supposed to be experiencing now.

There is ONE more thing that I learned about this Whole 30 that has surprised me. I felt WORSE after starting the Whole 30. I’ve never had so many issues in all of my life. Now, Potatoes are a staple of the Whole 30. I was eating a lot of peppers, tomatoes and salsa. I was making my own seasonings and being generous with them. Particularly taco seasoning which includes: paprika, red pepper, cayenne. I was using chipotle ranch. So here it is folks. Probably my biggest Whole 30 catharsis. Night shades are not my friend.

Ah… a little light came on. My mouth sometimes breaks out after eating tomatoes. Sometimes I get itchy hives after eating tomato soup. Fresh deli salsa from the grocery store kills my stomach. Eating spaghetti can make me sick. I love tomatoes anyway. Don’t I love fried tomatoes and ratatouille too with eggplant! Jalapeno poppers and chille rellenos are among my favorite things (I’m a girl of the Southwest after all). More often than not I get ill eating out because I just don’t do “certain spices.” I could never pinpoint what they were and just opted to primarily cook at home.

I just want to say, there has been a small mourning process with this. Do you know what this means for Pizza? Okay, if I can’t do creamy Alfredo or Marinara sauce where does that leave me? That’s just going beyond the beyonds people.

Now I am not dissing on night shades. There is that famous night shade Belladonna that was used in that movie Practical Magic to poison a belligerent abusive drunk that I love so much. The fact of the matter is that there are more poisonous night shades than there are edible ones but there are edible ones. They even have beneficial properties and some can reduce inflammation for the masses but for those who are predisposed to inflammation it can have the opposite effect. This lead me down a rabbit hole to Lectin and I don’t even want to go there. Short story, how they are prepared can be a game changer.

Yet..really all of this night shade business has been so lost under the radar of my awareness. It was somehow shuffled away behind gluten, dairy, and everything else. Had I not started this diet I would not have taken notice. So I’ll give that to the Whole 30! Nightshades are Whole 30 compliant and it was agony so I’ve dissed the compliant nightshades to go with the SWPO Cherry Pie Bars and I swear I see Cassava chips and guacamole in my future. I am totally okay with that. I just have to get to the 30. Shooting for the 30 people.

So I don’t really knows who needs to hear this, but have you considered the night shades? That is all I am saying. Maybe someone out there needs to hear this. It could be a game changer for someone but what do I know? I’m only in this up to day ten and I’m contemplating a secret society for ways to cheat the Whole 30. So, if you have any tips on this I am all ears. Sh…we will keep this among ourselves. Until next post!