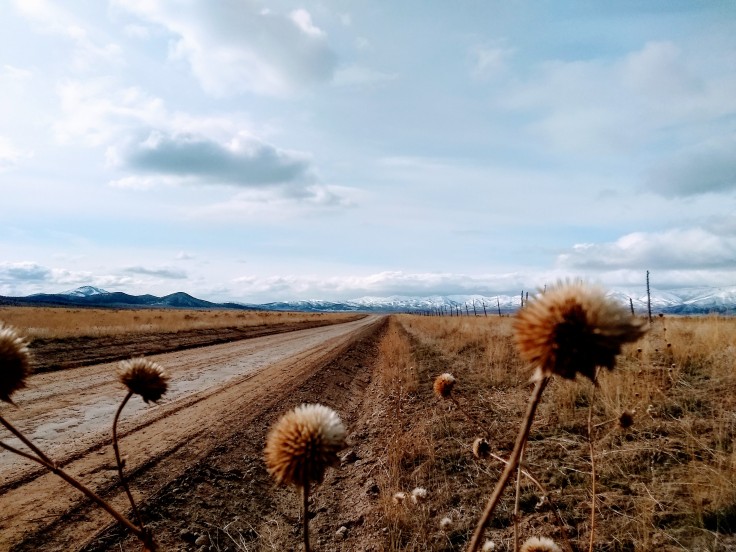 It is 10:10 on a Wednesday night and I can not sleep, so here we are. For some reason I have a running list of things I should not do during these Covid days so I thought that I should write them down. First of all, I should not check my phone in the morning for Covid news. Second of all, I should not check my phone at night for Covid news. This has been how I set my intention for the day, and how I set the intention for the night. As you can see (hello insomnia)  it has not been working out for me.

I should also get up, exercise, and get those endorphins moving and actually get ready for the day, as if I have somewhere to be with people to meet. None of this apocalyptic gear I’ve been sporting that looks more like alpaca slippers, paired with sweats, and striped socks. I should be thinking more along the lines of “I am a bad ass survivalist lady” something along the lines of Linda Hamilton as a Terminator mom. Self wallowing never got that woman anywhere.

I used to go to church dances on Friday night and they made us wear Sunday clothes because it put us in a role and the expectation was that we would behave better. I can’t say this was really true because it turned out to be something more in step with some rebellious scene from Footloose. I worked at a call center for a brief stint, and we had to wear professional clothes to work, even though no body ever saw us because apparently it made us act “more professional.” I think clothes are the least of my worries right now, but I feel like my children will take homeschooling more seriously if I appear more teacherly and not like some frumpy lady giving them guidance whilst wearing pajama pants.

I do remember the time I ordered a bunch of active wear in hopes that it would make me more active. What ended up happening was that I was actively wearing activewear. My suspicions about attire have been validated by a health professional who offered some free Co-V guidelines. One of her tips was to dress for the social life you think you ought to be having. That’s a fine line too, one could wind up wearing a cocktail dress all snockered at the window while hollering at people to maintain their six feet.

Weird things have been happening my friends. The other night at three o’clock in the morning I heard a neighbor rev their engine over and over in their driveway and peel off. Like, did they need to talk or something? I almost thought it was a dream but it wasn’t. Someone suggested that we should all check in on five people a day since we have nothing better to do. Just knock out your five and be done with it. Don’t even get me started on the emerging popularity of the Netflix documentary Tiger Kings. 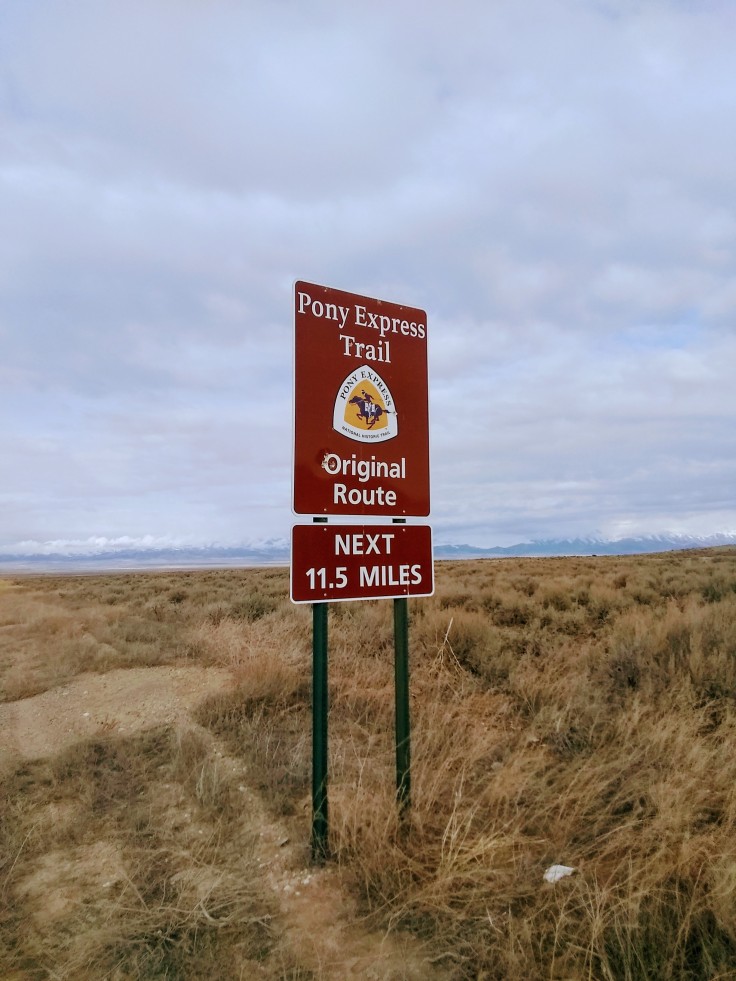 Today, I did something I never do, and my daughter and I did an on-line meditation. Yesterday, my family and I tried some social distancing along the old Pony Express route. Now, that was gloriously therapeutic. We stood at the shore and fished six feet apart and my dog ran wild and got her energy out. I suppose the universe knew I must have needed a high energy tireless dog at this time. Legit, I have to get out with my dog at least four times a day or she will chew up everything.

I had a moment of insight the other day telling me to be patient with people. They are all just dealing with this in their own way. I have been getting a surge of private messages from people that are either 1). happy little anecdotes 2). some hair brained conspiracy theory or 3). some well meaning secret medical breakthrough that I’m only going to hear via private chain message through them.

This was my breaking point. I thought that some scammy hackish scenario was going on and I questioned a bunch of my friends asking them to prove their identities. I don’t know what would have been worse, finding out that someone was indeed hacking me with outlandish videos and messages, or the actual truth, that this was legit. People I thought I knew were sending me these outlandish things with the best of intentions and this was their sort of “trauma response.”

I had a therapy friend tell me that you can be exhausted even though you haven’t physically exhausted yourself and that is a trauma response too. Maybe, I’ve had a little bit of that going on. If I had any advice to give on this, I would say nobody should feel guilty about taking a nap right now. This is exhausting and it’s amazing what a little reset a good nap can provide.

I had a friend post something the other day that stated, “that based off of what he was seeing on the internet, we as a human species are basically F’d and we should all just take a toaster bath.” He concluded that if anyone needed anything, he’d “be lying on some train tracks somewhere.” Later, he remarked that he was feeling much better and in my opinion,  he just probably needed to disconnect from the internet or take a nap. Those were my sentiments exactly a day prior, and those two things did wonders for me.

Someone hit the nail on the head when they said we should not put too much pressure on ourselves with homeschooling because this is not necessarily home schooling. This is crises schooling. Like maybe we can lower our standards a bit to address the big emotions that are coming from the little people and ourselves with this crises, and perhaps optimal learning will follow.

Hence, I have one child who is doing well with home schooling and another who fights it everyday. She is showing signs of depression and has always had anxiety. So far today, we have done relaxation exercises and guided meditations on line that are not even part of the curriculum. Like today, I threw the rule book out the window. I also had to minimize my social scope ALOT. Today was about just breathing, and minimizing the outer web to focus on one strand. 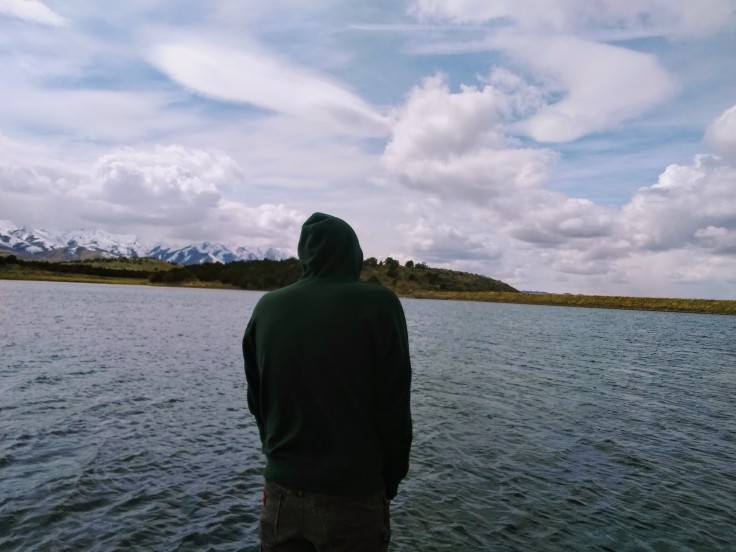 The other day when I woke up feeling all Blah, I could not put my finger on it. Like, why do little well meaning anecdotes bother me so much? I was also not feeling heard. Not at all. Not in the faintest. Then something I read caught my attention. I now know where my level of frustration is coming from and it is that large systemic change is not happening quick enough and happy little anecdotes just don’t seem to be cutting it.

This is how I felt the other day. The more I try to resist adverse forces the larger they become and maybe they are so large because I have given them too much power. I feel like the majority of people I know are in some kind of blind cult and this shocks me just as much as the realization that people I thought I knew are sending me these outlandish messages, where I could only fathom that they just HAD to be a hack. Yet, they were in fact dead ass serious and now I feel as if I’m seeing the possibility that for some people the cheese may be falling off the cracker.

So this is where I am at today. I feel at times as if the circus has left town, and the animals are all running wild without their tents. So today was a day of limited class time, a walk the dog, a stain the bench, and a guided meditation homeschooling attempt to just find some peace in this madness. Staining a wood bench and painting a wall may just be my Karate Kid anecdote for the day. Paint the fence, wax on, wax off, and if you are not as old as me or have not seen the movie you probably have no idea what I am talking about.

Sometimes this feels like the scene from Thelma and Louise where Louise is wrapped up in a towel trying to figure out what to do and Thelma is hauling her luggage to the pool in a nonsensical way with Louise accusing her of acting funny…real funny.  In which Thelma responds, “excuse me for not knowing how to behave when you blow someone away!”

So people, that’s the vibe I’m catching in this current crises. Everyone is in some odd scene where they just don’t know how to behave at the moment, so they are all behaving in a way that feels most rational to them at the time.  I have a friend who is crazy into historical reenactments who floored me with this satirical comment, “I never wanted to be involved in anything so historical.” I write my way through a crises. That is what I do, that is what I have always done.

So when a cousin sends me an odd video of someone sitting at a window wearing a breathing mask with a creepy bony finger with a long red nail pulling back a curtain, to reveal a breathing mask coming off  (dark skinned by the way) as if to say this whole thing is a sham, well all I could say to this message was, “prove that you are my cousin. Who is it that you fangirl over the most?” She said that would be Jesus Christ and then Tom Petty” (Tom Petty was the answer I was looking for).

I fought every urge I had to bring this girl to rational thought over this obviously bad production of a staged video with scuba diving gear, and just shook my head. All I could message her was, “keep on rocking in the free world” and that was the end of our conversation. I really, really, REALLY, just realized that a lot of people just need some leeway as they process all this and I hope that others grant me the same. So, if you are reading this blog, thanks for letting me bounce my thoughts off, and let’s just hope that all the animals return back to their tents soon, or better yet-the wild (for you Tiger King people) but in the meantime, all I can say is “keep on rocking in the free world.” This is Rachelle Whiting signing off.

2 thoughts on “Keep on Rocking in the Free World”