This is it. This is thee grand ‘ole Halloween I’ve been talking about for months. Was it everything I imagined? It was a nice distraction from the election hullaballoo. Last week was a toughie for the Unites States. Pipe bombs, Pittsburgh, Kentucky…there’s an immigrant caravan that’s roused up the hornets nest. Then…there’s all that additional fluff. Eek! I think everyone has been in a funk including myself.

Halloween was a great break. It’s as if someone had said, “we interrupt your regularly scheduled program to bring you Halloween.” As Nicole Kidman once sang about in Moulin Rouge “the show must go on.” We donned our Halloween attire and we did this thing. It was not the epic Halloween I had envisioned, but in a sequence of happenings that have gone beyond the beyonds it was refreshing. I’d call this Halloween…humble. Charlie Brown, Great Pumpkin humble, and that’s not a bad thing.

I took my daughter to our church trunk or treat. Everyone showed up with their plastic pumpkins and their pillowcases but there was a change in the itinerary. The trunk or treat did not happen. Everyone did gather and there were carved pumpkins 🎃 to display. Some were rather creative. There were a few games and there was some donut eating. You can’t go wrong with maple bars!

Another Halloween oddity, my family did not carve pumpkins this year. I was rather conservative with the spider web design.  (I generally tend to go overboard). I did not get my bat lights out but utilized this laser bat.  The celestial leggings I ordered for Halloween never came. Murphy’s Law-they will come tomorrow. I had a bleach pen project I wanted to try but did not get to it. I anticipated my daughter dressing up with me. I pulled our costumes together, and she ended up working late. They were rather colorful. I dressed up on my own. I still needed some serious help in the makeup department. 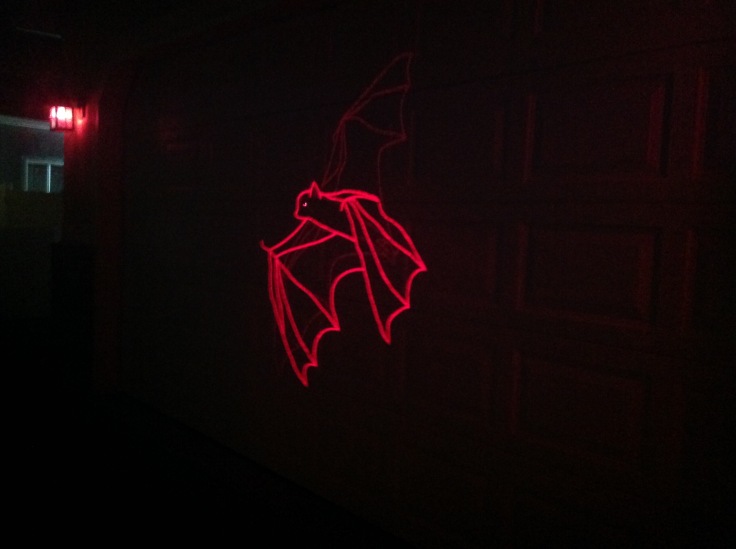 Here is what DID happen: 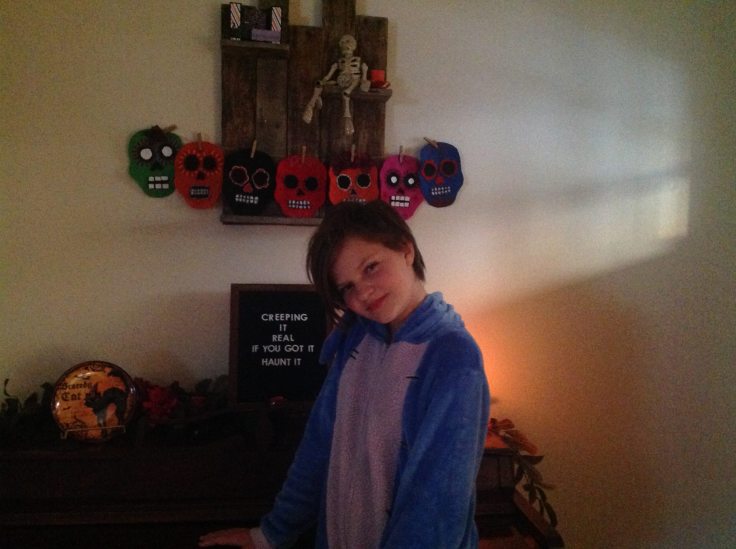 I’ve thrown in these pictures for anyone who may be interested. I enjoy seeing how others celebrate Halloween. I’d love to see yours!  I love Halloween because I get ideas and inspiration for the next year. Like a true Halloween fan, I am already thinking about next year. Did any of you find any new Halloween inspiration? I was really liking the simplicity of pumpkins and 👻 ghosts this year. Like…people were taking it back to old school, and I was loving the look of monochrome.

I’ve also picked up some new ideas for 🐉 dragons and capes. I got a new idea for cat lights. I noticed a lot of “jammie” costumes this year. They were the rage with my daughter and her friends. (with converse shoes of course).

I saw a few adorable 🦇 bats and it made me feel nostalgic for my daughter in her bat costume at that age, especially since we missed the boat on dressing up together. I threw in this throwback photo of her for good measure.

My son had his first year NOT trick or treating. He’s decided he’s too old and my “tween-ager” wore face makeup for the first time. Eek! She’s not far behind him . Seize the day. They grow so fast.

So without further ado here is my final Halloween reel for anyone who is interested and may election week bring forth a fortuitous victory with the least amount of disparity. Happy voting to you all! Let’s do this thing and kick em’ in the midterms! 🌏  See you next post! Thank you for reading!

3 thoughts on “Halloween Reel. Another one for the Archives.”